This set comes on 3 DVDs and contains:

All 12 original episodes, plus the 13th "lost episode"

Behind the scenes documentary and interviews with cast/crew

Downtown is an American animated series on MTV on urban life, based on interviews with real people. The show, created by Chris Prynoski, follows a diverse and multiracial cast who live in New York City, and presents their everyday lives.[1] In 2000, Downtown was nominated for a Primetime Emmy Award for Outstanding Animated Program for the episode "Before and After".[2] Downtown aired 13 episodes from August to November 1999

recently got my dvd after being skeptical of ordering for a while, and luckily everything is perfect. The dvd came packaged very well and everything starts up fine, though it may take longer if the disc is hot and i don’t recommend leaving it in the player after use. Super happy i didn’t get scammed lol 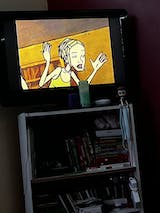 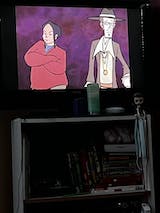